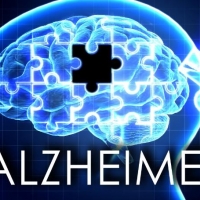 Alzheimer's: Another Reason to Lose Weight and Exercise

According to a new study, healthy aging of the brain relies a great deal on the health of your heart and blood vessels during middle age.

Smoking, high blood pressure, obesity, diabetes, and high cholesterol all contribute to the health of a person’s blood vessels and vascular system, leading to hardening of the arteries and other disorders. These same factors are present in the elderly with high levels of a protein called amyloid, which is known to clump together in the brains of people with Alzheimer’s disease.

“So this suggests that vascular risk in middle age may play a direct role in the development of Alzheimer’s disease,” said lead researcher Dr. Rebecca Gottesman, assistant professor of neurology at the Johns Hopkins University School of Medicine.

Obesity in particular stood out as a strong risk factor. This, on its own will double a person’s risk of elevated amyloid later in life, said Steven Austad, chair of biology of aging and the evolution of life histories at the University of Alabama, Birmingham.

When the participants entered the study, none of them had dementia. About two decades later, they were asked to come back and undergo brain scans to check for signs of amyloid. The researchers discovered a link between heart risk factors and brain amyloid. The relationship did not vary based either on race or known genetic risk factors for Alzheimer’s.

Heart risk factors that cropped up late in life were not associated with brain amyloid deposits. What a person does in their middle age is what apparently contributes to their later risk of elevated amyloid, not what happens later, Gottesman said.

You don’t want to wait until your sixties to start taking care of yourself. It has to be a lifetime commitment.

~Findings published April 11 in the Journal of the American Medical Association.