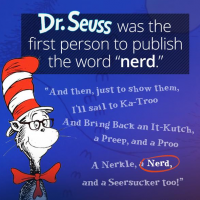 The origins of some figures of speech are obvious – “putting the cart before the horse,” for instance.  Others are a little more obscure.  Here are the explanations behind three common expressions:

Pulling the wool over their eyes.  In the 17th and 18th centuries, thieves and robbers would yank their victims’ wool wigs down over their eyes so they couldn’t see who was attacking them.

Blackmail.  In 16th-century England, mail meant “rent” or “tribute.”  Debts that had to be paid in silver were called “whitemail.”  A debt that could be paid in any other way – from livestock to property – was called “blackmail.”  Because blackmail did not have a set value, the person collecting the debt could extort any amount or anything they wished from the debtor.

Red tape.  For centuries, it was a British custom to seal important documents with red wax and red tape.  Cutting through it was the only way to get at the documents and read them.