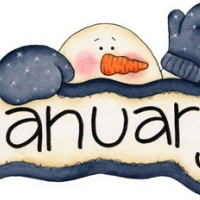 The Invention Of January

January 1 became the first day of the new year when Julius Caesar reorganized the Roman calendar and made it solar rather than lunar In the year 45 B.C.E. he moved the beginning of the year to January 1.

When the Gregorian calendar—which most of the world uses today—was introduced in 1582, January 1 continued to be recognized as the first day of the year in most places. However, in England and the American colonies the first of the year was March 25, intended to represent the spring equinox. Under this system, March 24, 1700, was followed by March 25, 1701. In 1752, the British government changed the beginning of the year to January 1.